Wine and oil producers focused on organic agriculture in a social integration cooperative.

Masia Can Calopa de Dalt Masia Can Calopa de Dalt is located 4.8 kilometers along road BV-1468 from Molins de Rei to Vallvidrera and 299 meters above sea level. It belongs to Barcelona’s municipal district Sarrià-Sant Gervasi. The Masia is included in the Special Plan for the Organisation and Protection of Nature in Collserola Natural Park, a natural reserve of special interest in environmental and wildlife terms. Since April 2010, L’Olivera has been in charge of managing the estate Barcelona City Council has at Can Calopa de Dalt as well as operating all its premises and facilities. We work and manage the estate’s three hectares of vineyards and in the Can Calopa farmhouse winery we make the “Vinyes de Barcelona” wine, the only wine produced in the city. This wine was initially created to be the institutional wine of Barcelona City Council. However, since 2016 we have marketed it in order to bring to everyone this wine-making project that promotes peri-urban agriculture. 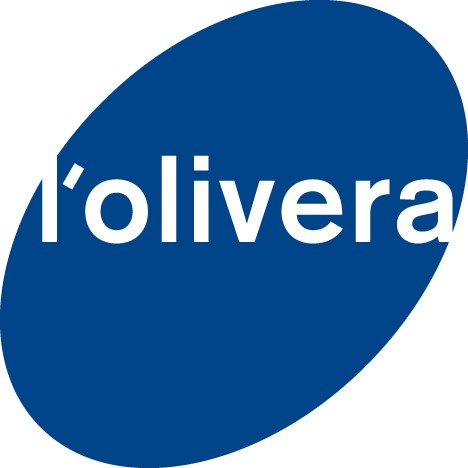 Learn more about L'Olivera - Can Calopa and their facilities at:

The Masia shows characteristic traits of the local 16th century late Gothic style, although it has had few modifications, the latest and most recent of them is the extension of the left-wing where the house is currently located. Nevertheless, many typical elements have been preserved: for instance, the Can Calopa fountain which traditionally provided water for all those living at the Masia. Traditionally, farmers grew vines in the area, but due to the phylloxera and other fungal diseases affecting the plants during the second half of the 19th century, crops were abandoned. In 2001, Barcelona City Council decided to take up again the traditional practice of viticulture at Masia Can Calopa de Dalt; the thinking behind the initiative was to make institutional wines with a Mediterranean identity illustrative of the city’s character. This is why 5 different traditional varieties of black grapes representing those more common in the whole Mediterranean basin were planted.