Flametree Wines is located between Busselton and Dunsborough at the gateway to the famous Margaret River Wine Region. The welcoming and impressive Cellar Door building has a Hamptons beach house style of architecture and is a must see when visiting the region. With an open fire place, inviting deck, beautiful gardens and lawn the Flametree Cellar Door is suitable for visiting at any time of the year. The friendly cellar door team offer a casual and relaxed wine tasting experience, with no pretension, just the pleasure of exceptional wines. Stay on and relax with a platter of fresh local produce and a glass of wine. Flametree Wines is a pet and child friendly winery with a wide, spacious lawn area to play on. There is also a wheelchair accessible ramp at the front entrance. 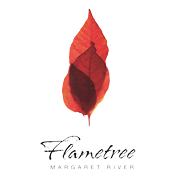 Learn more about Flametree Wines and their facilities at:

“Flametree, owned by the Towner Family, has had extraordinary success since its first vintage in 2007. The usual practice of planting a vineyard and then finding someone to make the wine was turned on its head: a state-of-the art winery was built, and grape purchase agreements signed with growers in the region. Gold medal after gold medal and trophy after trophy followed. Topped by the winning of the Jimmy Watson Trophy with its first red wine, the 2007 Cabernet Merlot." James Halliday, Australian Wine Companion -2015 Edition Flametree Wines is located on the picturesque shores of Geographe Bay in Western Australia, entry point to the renowned Margaret River wine region. The climate of Margaret River is more strongly maritime influenced than any other major Australian region. The soils comprise iron rich clay and laterite gravel loams, ideally suited to high quality fruit production. Overall the growing conditions are similar to those in Bordeaux.